The Candyland Hunting Grounds is an intermediate difficulty dungeon designed for mid-advanced level players. In this dungeon, you must kill minions in order to spawn bosses and there is not a set limit to how many bosses you are allowed to fight. This dungeon is dropped by the Candy Gnome, a rare enemy in the Midlands. Only one Candy Gnome is spawned per realm.

You may also buy the key in the Nexus for 200 gold. 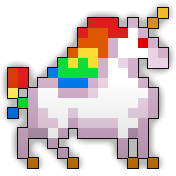 The Gigacorn shoots armor piercing shots that deal 70 or 90 damage. Melee characters should take caution when fighting this boss, as you will die if you sit on him. You may spawn this boss by killing Unicorns.

The MegaRototo is a boss that either shoots shots in your direction, or shoots shots all around. The boss also spawns Tiny Rototos. You may spawn this boss by killing a Rototo.

The Swoll Fairy shoots shots that confuse you, but don't deal much damage. It spawns Fairies during the fight, and can be spawned by killing a Beefy Fairy.

The Desire Troll will shoot shots that hallucinate as well as stun you, while also lobbing bombs that deal significant damage to players of all levels. You may spawn this boss by killing a Wishing Troll. 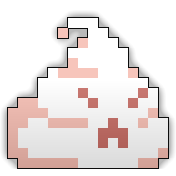 The Spoiled Creampuff shoots shots of high damage that deal slow, and spawns Big Creampuffs and Small Creampuffs during the fight. You have a chance to spawn this boss after killing a Big Creampuff.

Seal of the Enchanted Forest